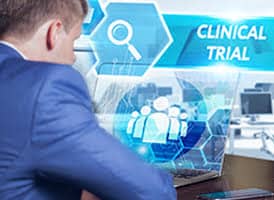 A new company named SpringWorks Therapeutics has been formed as a spinoff of Pfizer to focus on investigational therapies that hold
significant promise for underserved populations.

SpringWorks will now take the gamma-secretase inhibitor that showed promising results in treating desmoid tumors in Phase I and Phase II trials, into a Phase III trial. Formerly known as PF-03084014, the drug is now named Nirogacestat (pronounced “nye-roe-gay-se-stat”).

We have been working for several years to bring this drug to patients. We will continue working collaboratively with SpringWorks Therapeutics and the investigator community as they design Phase III trials that serve both adult and pediatric desmoid patients.

No details have been announced about the trials or their timing. Rest assured that we will keep you informed as soon as any information is released in the upcoming months.

Please see the press release that provides further details about this exciting development.

Phase I Trial for Tegavivint  *This trial is currently accepting patients*